A review from Stuff.co.nz

Welsh songstress Bonnie Tyler is, if not a one-hit wonder, then a three-hit wonder at best.

And she proudly pumped out those hits, layering them through a set that never drooped, the songs lacking anything close to dynamics or subtlety but that was irrelevant; the fans had come to sing along to the ones they knew – and they did.

Opening with a cover of CCR’s Have You Ever Seen The Rain from 1983’s star-making album, Faster Than The Speed Of Night, Tyler’s trademark rasp was in overdrive.

The guitars were dialled back to 1983 – and stayed there for the entire evening – and the drums were as big as Tyler’s hair.

From there it was to the title track from 1988’s Hide Your Heart and to another tune from that record, The Bee Gees’ To Love Somebody.

The first of the hit triumvirate was It’s A Heartache, from 1977. It helped Tyler break the American market but suggested a career for her as a country-crossover act. When the interest died down she worked with Meat Loaf’s hit- writer Jim Steinman to create the other big hits of her career, Total Eclipse Of The Heart and Holding Out For A Hero.

Tonight all the songs are presented in a no-frills bar-room blues- rock style replete with guitar solos direct from the textbook, no need for feel.

The new tunes really are substandard, but they never last long enough to ruin the vibe for the fans. And these are people prepared to clap along to hackneyed versions of Fleetwood’s I Need Your Love So Bad and Janis Joplin’s Turtle Blues, so all is OK.

The band continued to slap their music on the wall using thick brushstrokes, all but nailing the tunes in to place. And then Tyler’s paint-stripper voice would thin it out.

Total Eclipse Of The Heart was the set-closer, fans screaming along with a conviction that was frightening.

And Tyler held on to her Hero song to use as an encore. 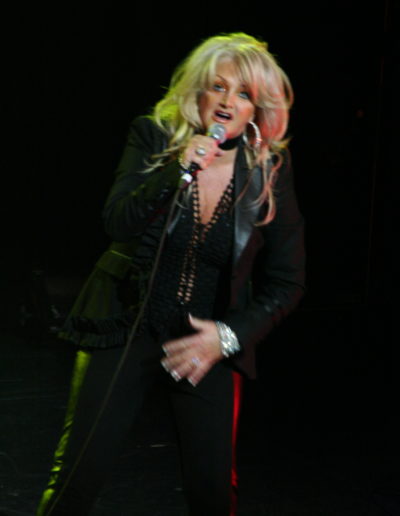 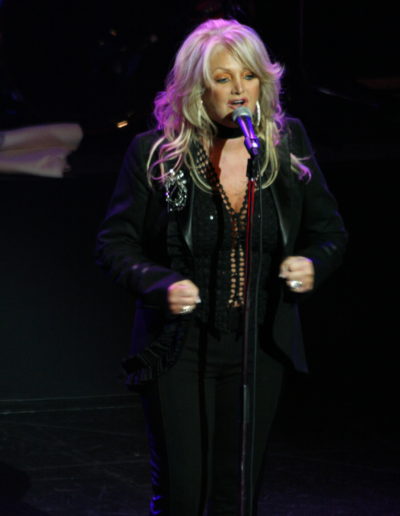 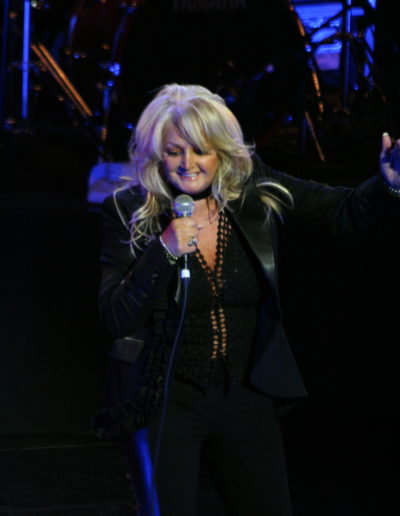